Black Friday is a relatively new phenomenon in the UK – we’ve only really had it for a few years. I’ve heard the horror stories from my friend in the US over the years about what happens on Black Friday, and honestly I was rather worried that it would be the same over here.

So far it’s not been that bad – from what I’ve read, a few punches thrown here and there and some yelling, but I think we manage to keep relatively calm. In comparison to some of the stuff that goes down in the USA, anyway.

A lot of our shops have been doing Black Friday Week or Black Tag events, allegedly ending yesterday, but not really because today it’s Cyber Monday, which is really just an excuse for the stores to extend their sales because they all have, certainly on the retail park I visited this morning. It seems that the shops have just gone for their regular sale that lasts a week or so and decided to advertise it as Black Friday (I write this as there is a Bensons for Beds advert on the TV, proudly saying their Black Friday bargains are for Five Days Only, which I think is missing the point of a one day of bargain prices a bit).

I bought a new TV and DVD player today because mine has broken after five years of loyal service. It chose a good time to break, admittedly (I did save quite a bit on the things I bought) but I wouldn’t have bought a new one just ‘because it’s on sale’.

For the sake of a not-totally-text post, here’s my new toy: 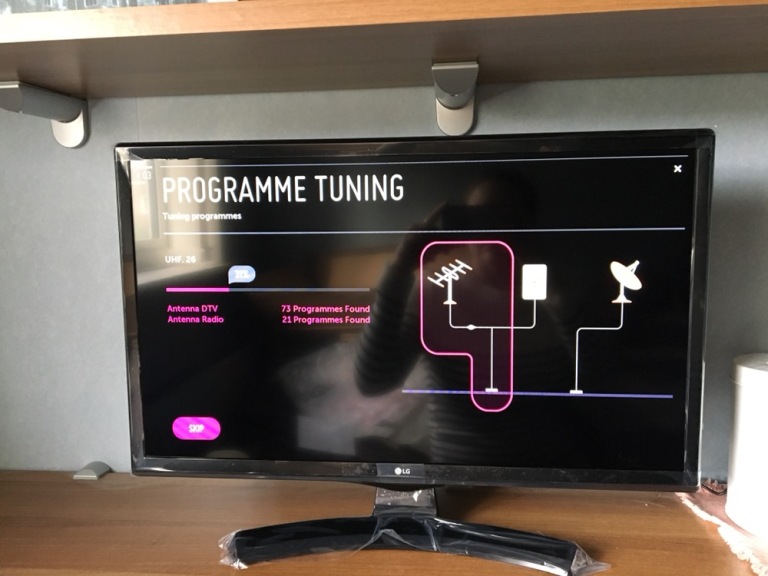 I have since removed the protective plastic. I always check something works before taking off all the packaging. Not pictured is my DVD player, which is a little Sony thing. These were definitely items I needed though, and not things I bought just because they were on sale. I got a slightly better TV and DVD player than I would have because they were on sale (that TV was a bit expensive at full price) but I didn’t buy either of them for the sake of it.

Which, I’ve noticed from talking to my friends over the weekend, seems to be what a lot of people have done this Black Friday. People have been posting on social media what they’ve bought, and there’s been a lot of ‘look at this thing I bought that was really cheap and it’s a thing and it’s something I wouldn’t have ever bought and I don’t really need or want it but it was on sale so LOOK!’

People can buy what they like, but buying things just because they’re on sale doesn’t make sense to me. I have the philosophy that if you wouldn’t have bought it full price, don’t buy it just because it’s on sale. Ok, I know I got my TV/DVD on sale, but I would have bought a TV/DVD anyway. Because of the sale, I got a better one than I would have been able to afford had they not been on sale.

And that’s what I think sales should be for, for buying maybe slightly better things than you would normally be able to afford. Same with outlet shops – look for things you need, because you might get better ones than you would be able to afford at non-outlet prices. I mentioned in a previous post about a winter coat from Jaeger we got for half its usual price – that’s exactly the kind of thing you’re looking for.

I think that sales like Black Friday can be good things, if you’re sensible. This past weekend I’ve reordered a pack of 100 of my business cards because the print shop is having a Black Friday Extravaganza (which goes on till tomorrow). As mentioned, I got my TV/DVD and I’m about to buy some makeup that’s on sale today. Hitting pan on your favourite eyeshadow is sigh-inducing, and I’m glad the colour I have is on sale.

So you see, Black Friday and Cyber Monday don’t have to be crazy shopping fests. If you’re careful, and know what you want and what you need, you can get some real, useful bargains. Enjoy your shopping, everyone!