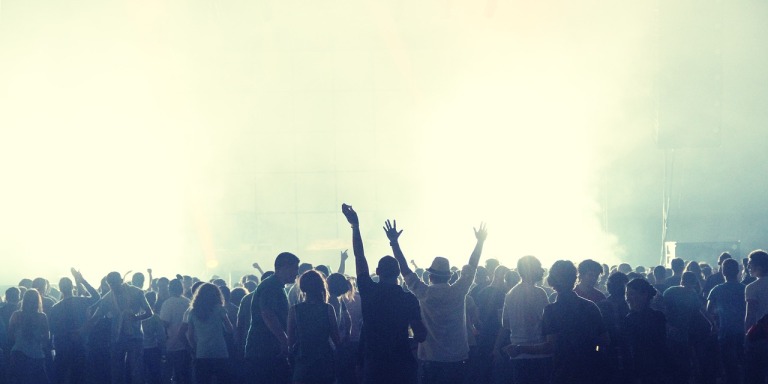 Most of my readers know I’ve got Crohn’s Disease – if you’re new here, hi, welcome, and now you know something about me!

Part of the illness is a bunch of physical limitations that I didn’t have before. Nothing huge – I can still walk and function mostly normally – but they’re enough to make things that most people take for granted a little more difficult for me.

I am agonising over whether I risk fatigue by going to two gigs in the next couple of months. Two of my favourite bands, Nightwish and Within Temptation, are playing the UK (EEEEEEEE) and I would really, really love to go and see them. I’ve seen them both live before, but not for a long time. Plus I’ve not seen Nightwish perform with Floor Jansen on vocals – the last time I saw them, Tarja Turanen was still singing for them, so yeah, it’s been a while.

The concerts are both in London. Nightwish is at Wembley, and logistically that would be the easiest one of the two to go to, because I can drive and also I know there’s actual seats. I can’t stand for very long, and the Within Temptation gig is at Brixton Academy, where there isn’t seating. The issue would be going to the gig at Wembley, getting tired from simply having a good time then having to drive home tired on the motorway in the dark (and probably rain, because England) afterwards.

And let’s face it, driving tired is not a good thing to do. I would be a danger to myself and to others. I have access to a vehicle that does alert you to lane wandering and has collision detection, but y’know, I’d rather not have to rely on the car to do that for me. As a driver I should be able to drive without the car having to think for me. And no, I don’t have anyone who could come and pick me up – I don’t think my mum would appreciate having to drive to Wembley in basically the middle of the night to come and rescue me.

So what about the Within Temptation gig? Well, that’s in London-London, not outside-London like Wembley, so I could get there on the train and tube. The problem with that is then working out which tube to get to make my last train home… and the mass of people that are probably going to be crowding the tube and trains at that time. I’m not able to move as fast as others if I’m tired, and people aren’t very kind to people who are moving slower – they tend to get bargey and shouty, which I don’t appreciate. Have a little understanding, please.

The other problem with the Brixton gig would be that they don’t let you take decent-sized bags in. Crohn’s means that you need, um, spare undies in case of mishap, and I can’t fit them, plus my indigestion meds, plus aspirin in case of headache or sore joints, in a small bag. And you’re also not allowed to take food into these gigs. This is perhaps the biggest problem, because I always carry something with me in case my blood sugar goes ‘nope’ and I have to boost myself. I don’t want some jobsworth security guard taking away my emergency cereal bar because of ‘regulations’. I could stick it down my bra, I suppose, but what’s to stop them confiscating it if they see me eating it later? Point is, I shouldn’t even have to think about things like this. Venues can be a bit harsh with their rules sometimes.

And then there’s the toilets at these places. One word sums them up – ew. The only nice loos I’ve ever used at a gig were at Sheffield Arena when we went to see Busted in about 2002, everywhere else I’ve ever been has really, really nasty toilets. Admittedly I do have a Radar key for access to the disabled loos, but for some reason even they’re really freakin’ nasty at venues like Brixton Academy. One has to wonder why, when you need a magical key to get into them, so on average there should be less people using them? I don’t know, it’s a mystery unique to gig venues!

So it looks like I won’t be able to go to either gig, and that’s simply because it’s going to be physically and logistically quite difficult for me. It’s a shame, but I have to be sensible about things like this. When you have an illness like Crohn’s, you do have to know your limitations, and an evening of metal music would push my body beyond what it can physically do. I would be exhausted for about three days after each gig, and I can’t afford to risk the fatigue or sending myself into a flare-up.

Besides, I’ve seen both bands before, and Nightwish tend to release DVD’s of their tours (I have a couple) so I’m not hugely disappointed. It would be nice to go, but I’d rather stay home, get a good night’s sleep and know that I can face the next day without pain.

If any of you readers go to either of these gigs, let me know how they were!