For anyone who grew up in the UK in the late 90’s/early 2000’s, the show ‘Robot Wars’ will probably spark more than a few memories. And the recent reboot was, in my house at least, welcomed.

Even if we did have to watch the king of all robots, Razer, get defeated in round one of the first show.

Last Saturday I went to see one of the Extreme Robots shows at Guildford Spectrum. This is basically Robot Wars, but somehow better.

The basketball court at the Spectrum was turned into an arena for the robots. It had all the required flashing lights and thumping dance music that are needed to watch robots beat each other into piles of their component parts. 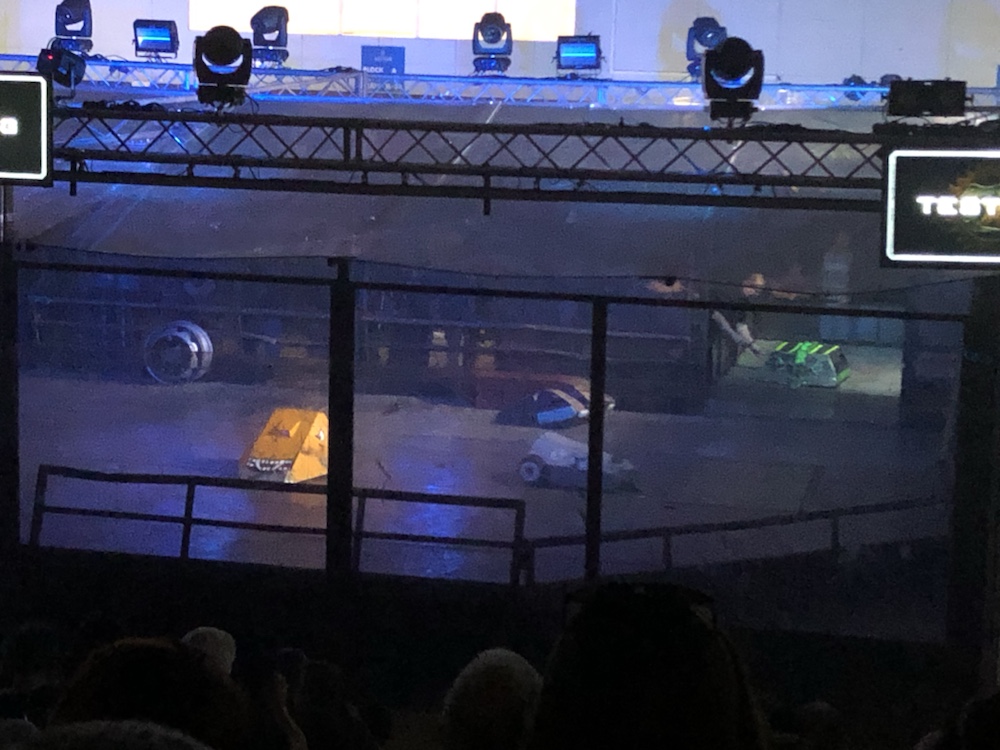 The competition was slightly different to what those of us who watched Robot Wars on television will remember – four teams were competing and it was a team competition rather than an individual one.

We had Team Ripper, Team Beast, Team Eruption and Team Gabriel. Eruption and Gabriel will be familiar to fans, but I wasn’t prepared for how big Gabriel actually is.

He’s the very large set of wheels. Oh my goodness. And Eruption? Gosh. What a wonderful little machine. Lethal. Lethal. I hadn’t really appreciated how phenomenal these two were. It’s difficult to judge on screen. You have to go and see them in person, as it were.

The competition was mostly the heavyweight robots like Gabriel and Eruption but they had a featherweight contest too:

These little guys are far too cute. Also one of them got flipped by the arena floor flipper and wedged itself in the roof of the arena.

It needed a crowbar to free it, but eventually the little critter was released.

The arena hazards will be familiar to fans of the tv show as well – the flipper and the ever-present pit. I think in every single battle we saw a robot ended up in the pit.

Oh, and Major Damage the house robot was there too. 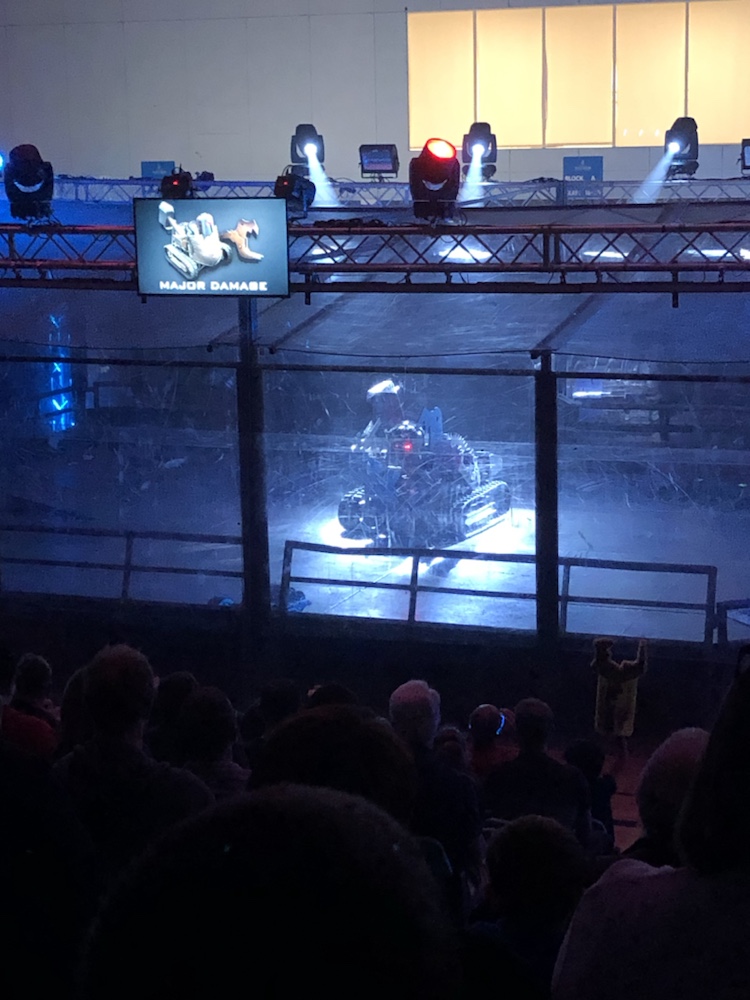 There were also some roving robots people had built, like a Dalek who delivered results of one of the battles to the presenter. 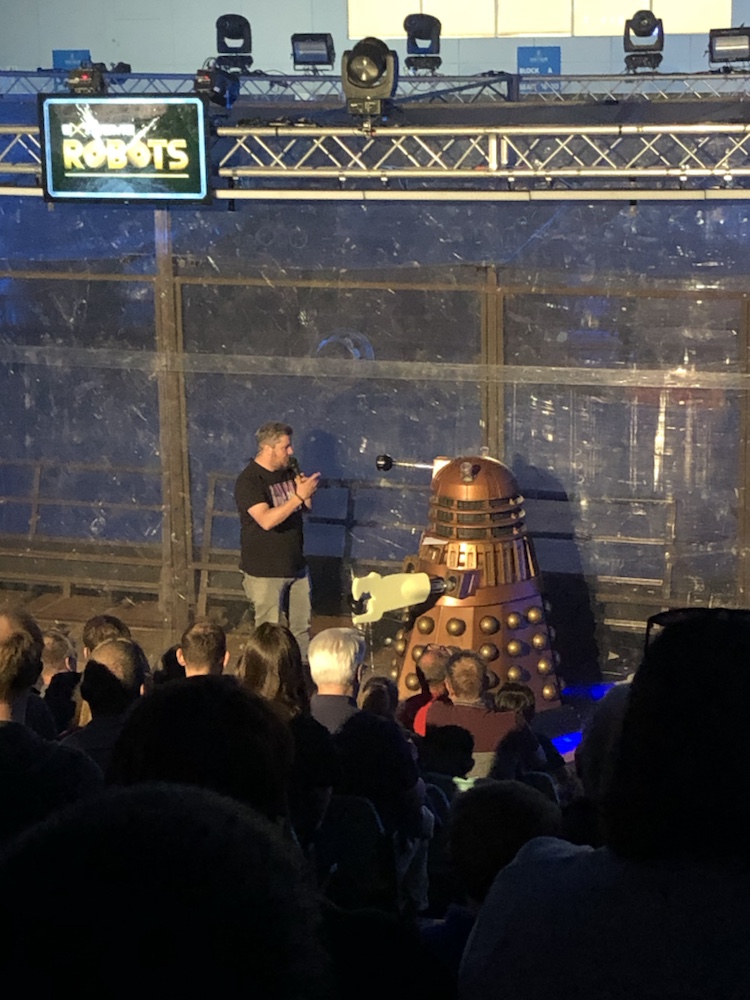 Very cool. People are so clever to build things like that when I can just about wire a plug.

The final round of the competition was my favourite. Team Ripper vs Team Beast, one of the Iron Ore robots vs Beast itself… and over in about a minute.

Iron Ore cornered Beast and whacked him out of the arena.

I think the appeal of Extreme Robots is two-fold. The engineering (and some of the robots are absolute marvels) and the gladiatorial aspect of it. It’s a safe way to get the bloodlust out of one’s system. People have been watching fights for years, and there’s a safer element with robot fighting because the competitors can’t be injured. The robots can get torn to ribbons, but after some clever welding they’re back in business.

You don’t get that with people fighting.

I will definitely be going back next year if the tour comes round to Guildford again. It was a fun way to spend a couple of hours, and I am feeling oddly inspired to see if I can remember how to rig a basic motor.

You can find out more about Extreme Robots here

40-something book nerd, fashionista and makeup lover from Surrey, UK. Likes food, mountain biking and metal music. Blogs about anything and everything. View all posts by West Surrey Style